History of Mecca Temple No. 10

From time to time, I travel across the Domain and meet many Nobles and Daughters who share a similar love for the Shrine.  Comparable to many conversations the question arises, “Which Temple are you in?”  My response, “Mecca.”  Their reply, “Which one?”  My final response given with a slight grin, “Mecca Temple, No. 10, is there any another?”

Often times, people look at Washington, DC as the epicenter of American and World politics.  Appropriately so, just as Shriners of old looked to Mecca, Saudi Arabia as the epicenter of Islam, we Nobles of the Mystic Shrine look to Mecca Temple, No. 10, as a leader in the Domain of Prince Hall Shrinedom.  Mecca Temple, appropriately located in our Nation’s Capital holds similar characteristics of the City, which is its home.

Unbeknownst to many, Mecca is the oldest active Temple in the Domain. Many may argue that Mecca cannot be the oldest Temple of Prince Hall Shriners merely because of the numerical system (reorganization); however, our history teaches us that Mecca was originally organized on September 26, 1893.  Before Mecca’s birth, Palestine of Chicago, IL was the first Temple organized by the Imperial Grand Council.  It’s imperative as Shriners that we remember our history!

Historically, Mecca was seated in the heart of the African-American community in Northwest DC.  DC’s bustling streets were the safe haven for numerous celebrities in the African-American community.  Musicians such as Noble Duke Ellington (Mecca 10), Cab Calloway, Ella Fitzgerald, Miles Davis, Louis Armstrong and many more performed right in the backyard of Mecca’s community.   More so, the comedians such as Red Foxx, Mom’s Mabley and Lincoln Perry also frequented Mecca’s backyard.

Lest we forget that Washington, DC is the pinnacle for politics worldwide and rightly so, many notable politicians have graced the ranks of Mecca, and continue to seek membership.

A few notable members of Mecca 10 include, Nobles:

Mecca maintains its ability to keep itself amongst those of conversation pieces of Nobles and Daughters throughout the Domain because of the notoriety from competition during Imperial Sessions.  Mecca is known for its numerous awards in the following categories:

Let it be known that from Mecca’s original inception under the guidance of our Noble founder Past Imperial Potentate Noble John G. Jones, Mecca Temple, No. 10 remains steadfast in upholding the tenets of being honorable Nobles of the Mystic Shrine. 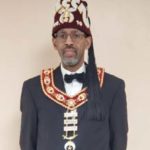 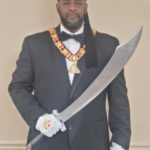 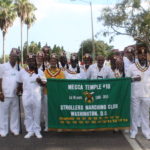 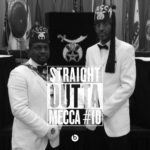